When it comes to buying Apple devices in Singapore, there are enough models to choose from that you can be sure you’ll find exactly what you need in a computer or mobile device. In particular, MacBooks are a great option to get used as they’re much more affordable yet still work well for daily usage.

Be wary when looking at Apple notebook models between 2016 and 2019, as many of them have keyboard issues due to the slim design. More recent models, between late 2019 and now have updated the keyboard to a more traditional design that doesn’t have the same issues.

This model has had its moment in the spotlight when it comes to Apple laptops. However, it still has a place in people’s lives and is a testament to how well these computers hold up, even after over a decade. In fact, Apple MacBook repair on these devices is some of the easiest to take care of since they’re so user-accessible. This is a major contrast between old and modern Apple computers, particularly laptops.

Keep in mind that, in general, you should try to get some of the more recent computers, even if it’s a used one. This is because Apple devices 8 years and over are considered obsolete and don’t receive software updates. However, with a little technical know-how, there are ways to get around this limitation.

When it comes to power, design, and portability, the Pro models are some of the best on the market. It’s hard to find so much power packed into a relatively small frame somewhere else, though other companies tried their best. This model is best if you need a bigger screen and more memory than the smaller models provide. They also have more ports, which is important if you’re looking for a desktop replacement.

If you’re looking for one of the lightest notebooks on the planet, this one is for you. Not only is this device thinner than an actual notebook, but it’s light enough and has the battery performance that will do what you need to do anywhere you need to do it. As a matter of fact, this is the most popular Apple computer ever.

That was a basic guide when it comes to buying a used MacBook, Air, or Pro models. Even though the original namesake isn’t being made anymore, the Air model is more than an adequate replacement for it. Also, these devices last a very long time, so even if you get it used, you’ll get a good amount of use with it. Even more so if you have some technical understanding of the hardware and software.

While modern Apple MacBook repair is becoming increasingly difficult, this isn’t the case with older models. You’ll be able to replace many parts, including the storage drive, memory, and even the disc drive in some cases. In this way, as long as you don’t need modern power, these computers could actually be a better choice. 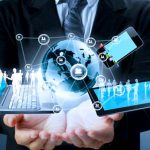 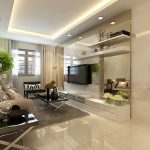